In Solar System, the player takes on the role of a God that tries to win the control over a solar system. He can gather resources, forge planets, use abilities and create life. The Abilities can be used to protect your own planets or attack the planets of other gods. The game was developed in two months by a team of 21 students, 7 developers and 14 artists, using Unity3D.

As a backend developer I worked on the basic structure of the classes used in the Project and helped maintain their relations and functionality throughout changes. Additionally I worked on several other elements in the game as for example the orbit of the planets and theit colliders. 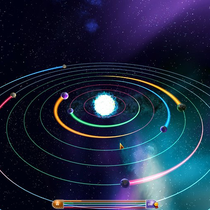 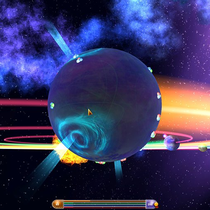 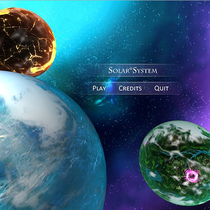 The goal of the project was to create an interactive simulation of a small animal that lives within a forest. The idea was to project the simulation onto the wall and let it react to outside stimulations like passing people, which would move the grass, and in turn let the animal react to those effects that were created by outside input.

I did work on the pathfinding until we decided to use a existing solution from Aron Greenberg and was involded in the design of the scene.